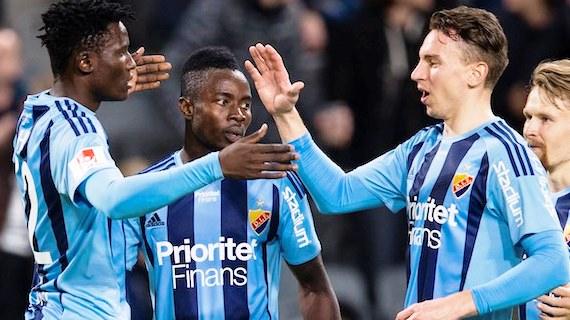 Micheal “Engineer” Olunga came on as a second half substitute and took only eight minutes on the pitch to score his second goal for his club Swedish club Djurgarden in a friendly against Norwegian side Aalesunds FK on Saturday at Stockholm.

Sebastian Andersson gave Djurgarden the lead in the 39th minute.

A minute after the one hour mark,  Olunga  replaced Andersson and he took little time to settle and extend his scoring form to two goals in two matches.

Olunga who is still on trial at the club received a pass just outside the penalty area then placed his powerful shot into the top corner to  justify why he left Kenya as the best player.

The 2-0 win was the last friendly match for Djurgarden who will face Ljungskile in a Svenska Cup match on 22nd February.