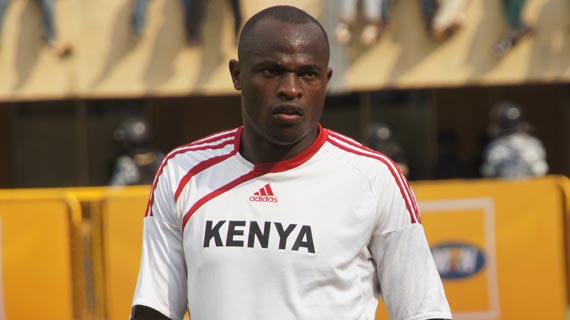 Dennis Oliech and Humphrey Kayange were among 30 Kenyan sports personalities recognized as heroes during the 2021 Mashujaa Day celebrations held on 20 October 2021.

Dennis Oliech and Humphrey Kayange were among 30 Kenyan sports personalities recognized as heroes during the 2021 Mashujaa Day celebrations held on 20 October 2021.

Oliech was first capped for the Harambee Stars in 2002 aged 17 and went to feature 76 times for the national team, scoring 34 goals, just one shy of all time goalscorer William “Chege”Ouma.

Most Kenyans believe Oliech's biggest match was against Cape Verde when he scored a last minute goal to allow Harambee Stars qualify for AFCON Championship in 2004. He would go on to score at the tournament, finding the back of the net in Kenya’s 3-0 win over Burkina Faso.

Kayange is one of Kenya’s most iconic rugby personalities, having played for the sevens and fifteens national teams. He was captain of the Shujaa squad that reached the semifinals of the 2009 Rugby World Cup Sevens in Dubai and also featured in the 2013 Rugby World Cup Sevens semifinalist squad, the 2016 Singapore Sevens winning squad and played at the 2016 rugby sevens competition at the Tokyo Olympics.

Felix Kipkoech – Gold medalists in Geneva Berlin half marathon in 2021

Peter Kalae – President of Kenya Sports for the deaf