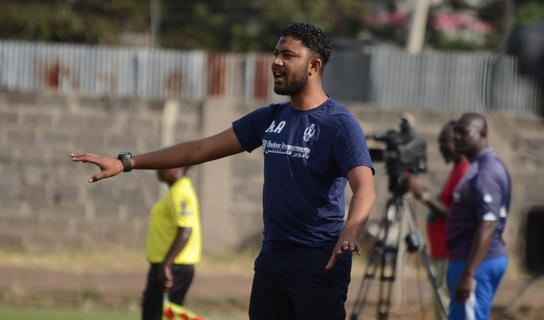 Former Harambee Stars coach Stanley Okumbi is one of the candidates under consideration to take over as the new Wazito coach. The National Super League side fired their coach Mohammed Mchulla on Wednesday after a series of por results and are looking to fill the void with a new man at the top.

“Yes, he is one of the people we are considering though we have a long list of people we have in mind. We will deliberate this and make a decision soon,” said the club’s Sporting Director Solomon Alubala.

Mchulla was handed the job on permanent basis after former boss Frank Ouna left for KCB. Mchulla, formerly with Modern Coast had been Ouna’s assistant. However, results have been hard to come by despite heavy investment by new owner Ricardo Badoer.

The club has lost three matches on the trot and Monday’s 3-1 hammering by Talanta seem to have driven the final nail on Mchukla’s coffin.

An infuriated Ricardo took to Twitter to rant about his club's pathetic performance.

Two open neck surgery in less then 24 hours and I still kick more ass then our wazito fc players. You guys should just go to sleep pic.twitter.com/Kl1YzmMeXy

Wazito are still placed second in the NSL standings, three points behind leaders Ushuru. They play away to St Joseph Youth in Nakuru this Sunday.