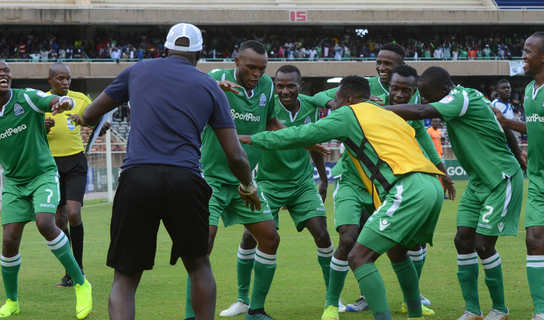 AFC Leopards did not match up to the expected tough nature of the derby, Gor Mahia coach Hassan Oktay quipped. The tactician said they expected a tough game from their rivals, but they were not offered much opposition and they should have won the game by a bigger margin.

Gor won the derby 3-1 and continued with their dominance over AFC that dates back to 2016.

We dominated the game, played attractive football and won. I always respect every single team and discipline is first in my book; but they didn’t give us competition. I was expecting that today, they would give us a hard game, but they didn’t,” the coach stated after the game.

“It didn’t feel like a derby. Just the fans and the big crowd,” added Oktay.

The tactician said he was happy with the victory though they lost many chances and has urged his charges to keep the same form in the remaining three games of the campaign.

Gor will be crowned champions on Wednesday if they beat Vihiga United in Machakos but despite scenting victory, Oktay remains modest.

“No we have not won the league. We still have a long way to go and we have to respect all the opponents. We have to take the games seriously and finish well. I have not checked the table and I am not concerned. Just to win each game for my team,” the coach said.