Ogier excited to race in the Safari Rally 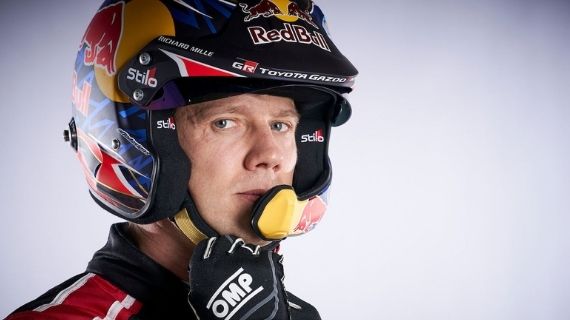 I have enjoyed a good season and it feels great to be part of the Kenya circuit.

Fresh off his WRC victory in Italy on Sunday, current Championship points leader Sebastien Ogier spoke about his preparations for the upcoming Safari Rally and shared inspiration with young rally drivers in Kenya in a virtual meet-up event presented by Red Bull.

“I am excited to come to Kenya. It is extremely great to see you all excited to have us. I have enjoyed a good season and it feels great to be part of the Kenya circuit. What I have achieved so far, I am extremely happy about. My motivation comes from my family, I don’t have a regular ritual per se but every time my son talks to me on phone and blows a kiss at me and asks to bring him back the trophy, I guess that’s all the motivation I need.” Said Ogier

Sebastien’s seventh World Rally Championship crown sealed his place in an elite club of drivers, with only compatriot Sebastien Loeb having won more titles. There are moments when he has outdone himself to get to that position. In 2011, he came into the limelight as he battled against Sebastien Loeb to come 3rd overall that year. In 2013 for Volkswagen, he capped off his inaugural season with a much-celebrated World Championship title. He continued with stellar performances to win the 2014 & 2015 titles, becoming the fifth driver to win back-to-back titles in the championship. His sixth title performance in 2018 was also memorable from his winning streak at Monte Carlo, Mexico, France & Wales Rally GB. For the 2021 season, Sebastien has had a tremendous start, taking 1st place in Monte Carlo, Croatia and Italy and is a strong favorite for the upcoming round in Kenya.

“This is a unique one because we don’t have on site testing. It will be great to explore as we go along. I will be remote testing this coming week for the race and I am looking forward to seeing how that will go.”

Local rally ace Karan Patel, who also graced the event, acknowledged that Ogier is one of his inspirations in the sport. Being the only Kenyan driver to have competed in a WRC rally in the last 19 years, he spoke of his excitement of its return to Kenya, and shared his inspirational journey with the young drivers as well.

“Being part of the Kenyan stage and racing with people I have admired for the longest time is a dream. The journey that has started for this series is a great experience for any incoming drivers. I am excited for this series and the next three years and what it will do for local participants.” He said.

Hamza Anwar (22) and Maxine Wahome (24), will be among young Kenyan rally drivers taking part in the Safari Rally event for the first time, were excited to meet and interact with Ogier who is widely regarded as a driver at the pinnacle of rallying.