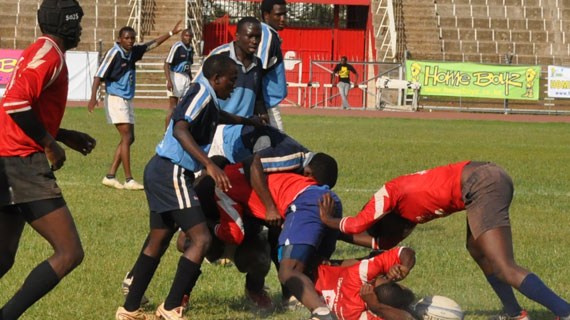 Past rugby action at Nyayo

This fixture was originally set to pit Kenya Cup champions KCB against Enterprise Cup champions Kabras Sugar before the bankers pulled out, Kenya Harlequin taking their place. This tie will set the stage for the 2021 Kenya Cup season kicking off on 27 February.

The proceeds of the Sisimka Charity Cup will go towards eudcation bursaries for talented girl rugby players. This is not the first time Nyayo is playing host to rugby fixtures.

It has previously been the venue for the One Night Stand 10s tournament, the Safari Sevens in 2011 and 2012 as well as the Kenya -Zimbabwe test match in 2011.