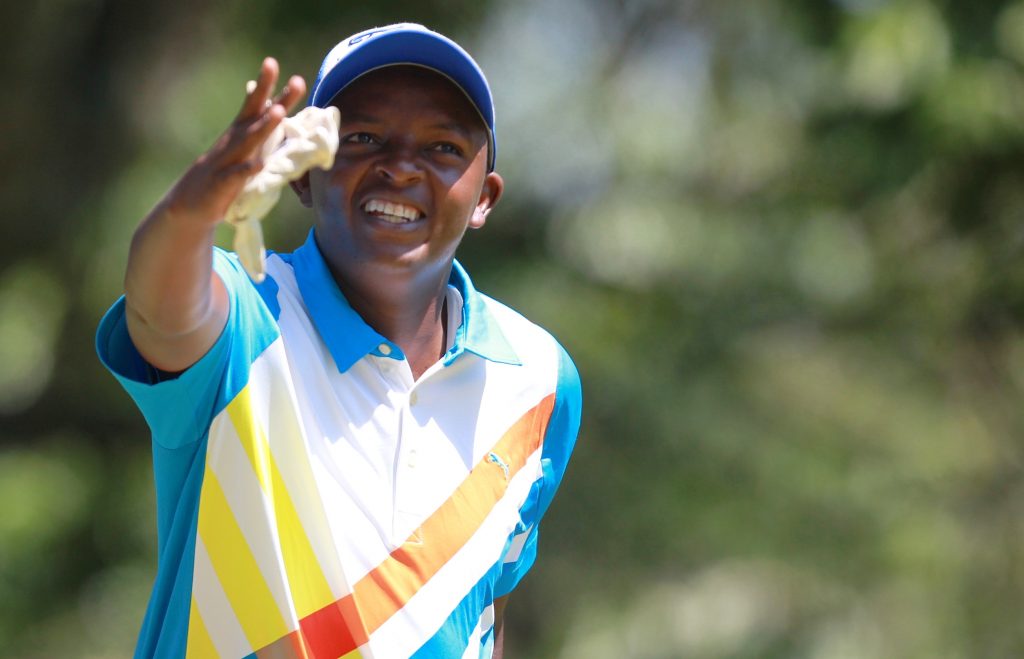 Samuel Njoroge was the only Kenyan to make the cut at the close of day two at the Magical Kenya Open on Friday 19 March 2021.

“Njoro” shot a three under 68 to stay in contention for the top prize at the Karen Country Club.

“Today I was so relaxed, more than yesterday. It was my second day and I knew the course better than yesterday so I just had to play well. I got a bit unsettled when I lost the ball twice but I recovered very well. I’ve prepared well and I want to play better in the remaining rounds and make my country and sponsors proud,” said Njoroge.

This is the first time since 2010 that only one Kenyan made the cut. Three players Eric Ooko, Anthony Juma, Taimur Malik stood a good chance of making the cut after a good opening round but they found the going tough today. David Wakhu will in particular rue Thursday’s slow start after he narrowly missed the cut despite carding an impressive four under par 67 on Friday.