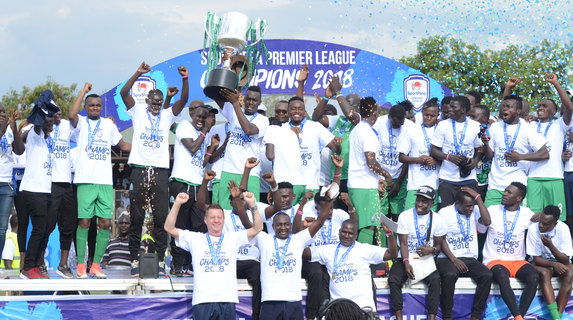 FKF Boss Nick Mwendwa has announced the cancellation of both the KPL and NSL Leagues.

Football Kenya Federation President Nick Mwendwa has announced that Gor Mahia will be crowned the champions of the 2019/2020 season.

In a twitter post  on Thursday afternoon, Mwendwa congratulated Gor Mahia  for their crowning while at the same time  announcing the return of Nairobi City Stars to the Top tier league through a twitter post promotion.

The Kenyan leagues just like all other sporting events across the world have remained indefinitely suspended due to the ongoing worldwide Corona Virus Pandemic.

This announcement by the FKF Boss makes Kenya the first African nation to announce cancellation of both the Kenyan Premier League and the National Super League due to COVID-19.

"Ooh and Congratulations Gor Mahia ! You are champions once again and you will represent Kenya on the champions league Next season. Lets do this !" Mwendwa posted on Thursday.

In a subsequent post , Mwendwa posted on what the law says when the league fails to be completed, He says in an  excerpt from an FKF document that,

" Where the league format on circumstances of force Majeure fails to be completed within the season, the league winners will be determined as follows.