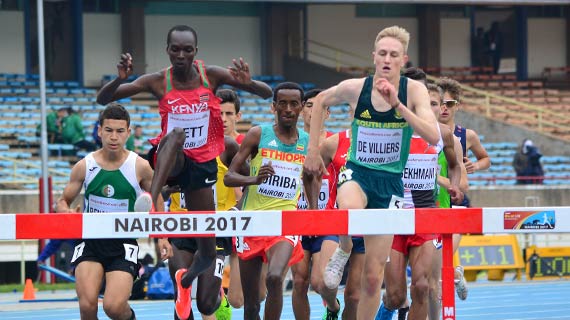 The Kip Keino Classic leg of the World Athletics Continental Tour Gold has been pushed back to October 3 in Nairobi.

The Kip Keino Classic leg of the World Athletics Continental Tour Gold has been pushed back to October 3 in Nairobi. The event, initially slated for September 24, has been postponed so it can attract more local and international athletes.

Barnaba Korir, the meet director and Athletics Kenya’s executive committee member noted that maintaining the initial date would have many athletes give a wide berth to either the Doha Diamond League or the Kip Keino Classic. The Doha competitions are set for September 23 after being brought forward by a fortnight (from October 9).

“Changes in dates of the Doha circuit of Diamond League necessitated that we rescheduled our event. For us to host a successful event, we must have the main acts- athletes in their numbers,” said Korir.

Korir also intimated that the organizers are working in tandem with the ministries of sports and health to come up with protocols that will make it viable to have fans in the stadium. Set to go down at the Nyayo national Stadium, there is a desire to have 15,000 spectators in the 30,000 capacity venue.

“We were very impressed with the way fans were organized on Tuesday at the World Athletics Continental Tour Gold meeting in Turku, Finland and we derived inspiration to have fans in the stadium from that,” added the official.

Elsewhere, among the recent date changes in the international competitions include the cancellation of the Paris and Frankfurt marathons and Valencia Half Marathon.