New challenge for Messi as UEFA Champions League kicks off 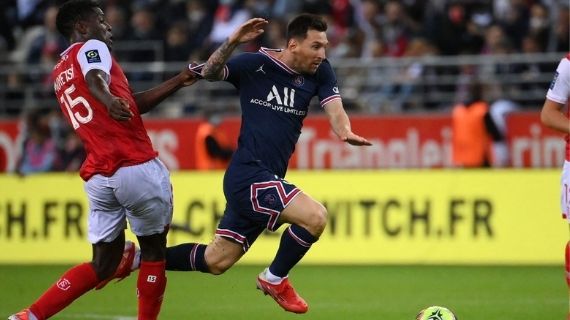 Holder Chelsea bolstered its squad by resigning striker Romelu Lukaku, prised away from cost-cutting Italian champion Inter Milan, where he was voted Serie A player of the season last term.

Lionel Messi plays in the UEFA Champions League for a team other than Barcelona for the first time in his career as Europe's elite club competition begins on Tuesday evening.

Messi moved from Barcelona to  French side Paris Saint Germain and is expected to line up against Club Brugge of Belgium.

Liverpool and AC Milan, clubs with a combined 13 European Cups between them, square off at Anfield in just their third competitive meeting – after the 2005 "Miracle of Istanbul" and Milan's revenge in the 2007 final.

Holder Chelsea bolstered its squad by resigning striker Romelu Lukaku, prised away from cost-cutting Italian champion Inter Milan, where he was voted Serie A player of the season last term.

That deal was indicative of Premier League clubs again exerting their financial power over the rest of Europe, topping 1 billion euros ($1.4 billion) in spending for the sixth-straight summer despite a dip in revenues caused by the COVID-19 pandemic.

Chelsea and last season's runner-up Manchester City will be among the favorites to go all the way, but 2020 finalist Paris Saint-Germain added Messi with the express aim of getting its hands on the Champions League for the first time.

"I have said many times my dream is to win another Champions League and I think I'm in the ideal place to have that chance and to do it," said Messi.

Rested at the weekend after a long trip back from a World Cup qualifier in Bolivia, Messi could finally make his first start for PSG against Club Brugge.

The Belgian champion will be viewed as makeweights in a group that features City, PSG and RB Leipzig, surprise semifinalist in 2020 and runner-up to Bayern in last season's Bundesliga.

City eliminated PSG in the semifinals last May, while Leipzig was already in a group with the French giants last season, the two sides qualifying for the last 16 ahead of Manchester United.