New call-ups as Harambee Stars jet out to India 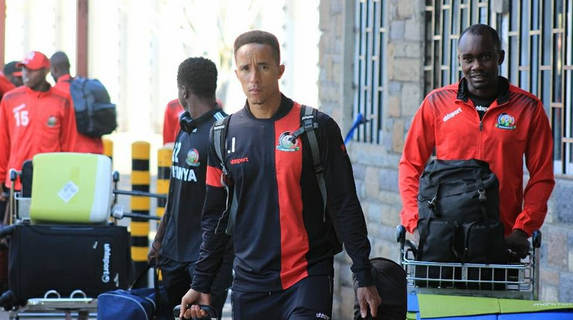 Photo: Stars at the airport / Photo-FKF

The first contingent of Harambee Stars left the country on Wednesday 30th May for India where they will play against the hosts, New Zealand and Chinese Taipei in the Hero Intercontinental Cup tournament from June 2nd to 10th.

With Gor Mahia and AFC Leopards recalling their players for the Sportpesa Super Cup that runs at the same time, Coach Sebastien Migne has called up new faces to fill up the gaps

Harambee Stars open their quest with a match against New Zealand on June 2, 2018, before taking on hosts India on June 4, 2018 then a third match against Chinese Taipei on June 8, 2018.