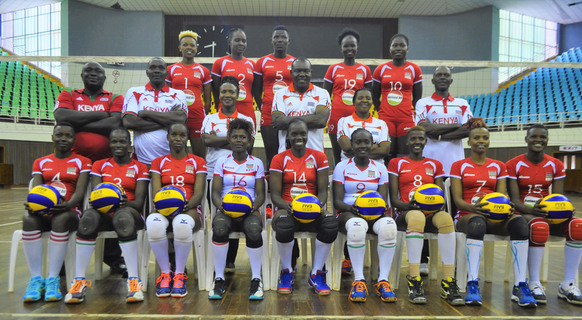 The team includes two rookies in Middle Blocker Lorine Cbebet and Left Attacker Sharom Chepchumba all from Kenya Prisons women team. Notable absentee from the final list is the long serving left attacker Everlyene Makuto who has been dropped

Coach Munala has kept faith in the trusted hands of Jane Wacu and Janet Wanja while experienced backcourt defender Libero Elizabeth Wanyama makes the final cut together with Agripina Kundu.

The team will be captained by Mercy Moim who assured Kenyans that they are going to give a real fight.

“We not going because we have qualified we going there to compete we have what it takes and we are going to give our all, “ said Moim