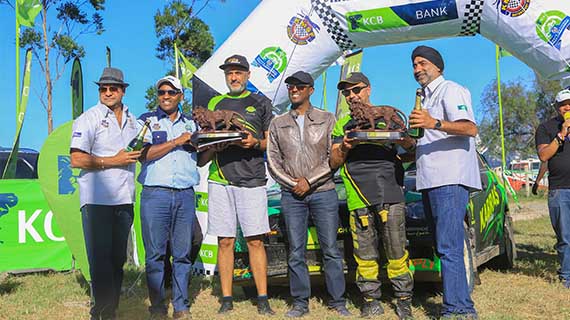 Mathare United’s hope of resurgence was nipped right in the bud after suffering a humbling 4-0 defeat at the hands of Nakumatt FC on Saturday morning. Joe Waithira scored twice before Kevin Thairu and John Avire grabbed one a piece in the huge win for Nakumatt.

Mathare thought they had picked their season from the ruins with a 2-1 derby win over Kariobangi Sharks last weekend, a victory that put to end an eight match winning streak. However, they were no match for Nakumatt who were flawless to bounce back from their loss against AFC Leopards last weekend.

The victory takes Nakumatt to 11th spot with 32 points and more or less quashes any fears of relegation.

Nakumatt had a brilliant start and broke the deadlock just after three minutes, slotting in a low shot past David Okello after being played through by Harun Nyakha. Nakumatt continued to dominate and should have had a second from another through ball to Waithira, but the forward failed to beat Okello this time.

In the 25th minute, Okello was forced into another save when he went down well to safe a stinging shot from Clinton Kisiavuki.

In the second half, Mathare sought to get their balance back and coach Francis Kimanzi made a change bringing in his top scorer Clifford Alwanga for John Mwangi and Samuel Ndung’u was also brought in for Ochieng.

However, it was Nakumatt who would get the match defining goal, Waithira completing his brace with another composed finish off a Boniface Mukhekhe low cross.

Ten minutes later they took the game beyond Mathare, Kevin Thairu scoring barely two minutes after coming on for Waithira after pouncing on to a spilled ball from Okello who had sprung up well to save a shot from Mukhekhe.

Another substitute Avire then drove the final nail into Mathare’s coffin converting from the penalty spot in the 80th minute after he had been brought down by Johnston Omurwa.