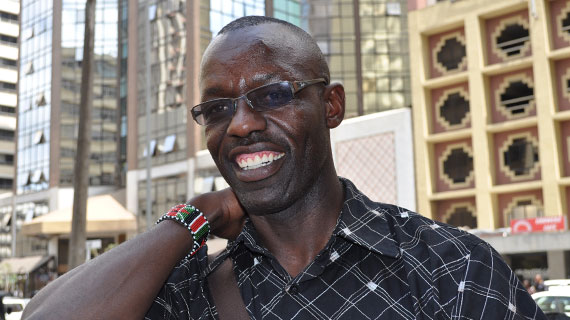 Former Harambee Stars captain Musa Otieno has been admitted to hospital after he tested positive for Coronavirus over the weekend.

Sources close to the celebrated defender confirmed the development on Tuesday.

Otieno, fondly referred to as 'Otero' was rushed to the Kenyatta National Hospital on Friday after exhibiting Coronavirus symptoms- fever and breathing difficulties. Covid-19 test was run on him returned positive and Otieno he was consequently transferred to Mbagathi Hospital's infectious disease unit.

At the Unit, he was put on oxygen support, stabilized and now recuperating at the same facility.

The soft-spoken retired international who also featured for AFC Leopards, Tusker FC and Santos (South Africa) had taken the front row in distributing relief food to vulnerable households in Maringo Estate- where he was bred. The former Harambee Stars assistant coach did this through Kick Off to Hope organization he runs.

Health officials will now set off to trace Otieno's contacts over the last two weeks. Last week, Otieno together with some National Olympic Committee of Kenya (NOCK) officials were in Maringo.