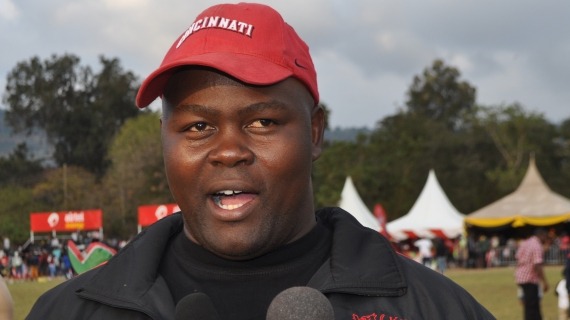 Homeboyz RFC coach Paul Murunga was on Friday afternoon named as the new Kenya Sevens head coach on a two year contract. Murunga beat a list of six shortlisted coaches to land the job and he takes over from Innocent Simiyu whose contract ends mid this month.

“Murunga has been a part of the national team before when we won the Singapore Sevens and that experience stood out for him. We are delighted with the choice that we have made and we hope he will steer the team to success,” Kenya Rugby Union director of national teams Ray Olendo said as he made the announcement.

Murunga will take charge of the team officially after next week’s Africa Sevens in Tunisia and he will work with Mwamba RFC and Kenya Lionesses coach Kevin Wambua as his assistant. Lameck Bgonko has retained his spot as team physio while Geoffrey Kimani remains the strength and conditioning coach.

The Union has also said it will name a Team manager in due course but meanwhile Eric Ogweno retains the role. The Simiyu led bench will take charge of the team in Tunisia but Murunga is expected to travel as the transition begins.

Speaking to MichezoAfrika after learning of the appointment, Murunga says he can’t wait to get started.

“I have been there before and I know how the system works. I know the responsibility is big but I am equal to the task. I am excited with the opportunity to coach the national team and for me, it is finally a chance to grow,” Murunga said.