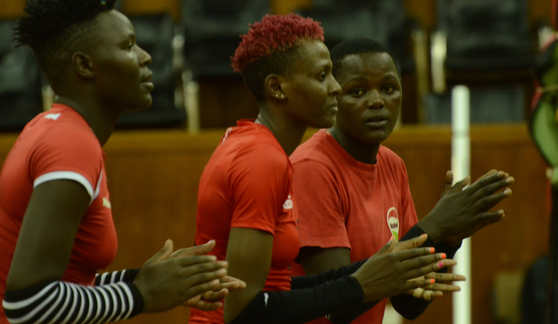 Malkia Strikers head coach Japheth Munala has named a strong squad for the Africa Zone Five Volleyball Championship that will be used as a qualification tournament for the 2019 All African Games. The tactician has gone for the experienced lot in the squad as he looks to guide the team to Morocco and defend the All African title.

Lorine Chebet and Sharon Chepchumba who were handed debuts for last year’s World Championships have been given the nod again for the Zone Five trip with the rest of the squad remaining intact.

“We didn’t have so much time to rest so there is no time to give thye young players a chance. We cannot gamble now, maybe after Uganda we can bring them in slowly. We have a strong squad and I believe we have what it takes to qualify for the All Africa Games,” Munala said after the team’s training on Thursday.

Kenya will contest against the likes of Egypt, Rwanda, hosts Uganda, Ethiopia and Tanzania with the winner of the week-long championship earning a place to Morocco.

“It will be tough where by this time it is one team going through unlike last year when it was only one. Egypt have always been a threat but again we should look at Uganda very closely. They have been drastically improving,” Munala added.

Assistant captain Noelle Murambi says the team knows the work ahead and will give their best.

The team is scheduled to leave either Friday or Saturday with the championship serving off at the Lugogo Indoor Arena in Kampala on Sunday.