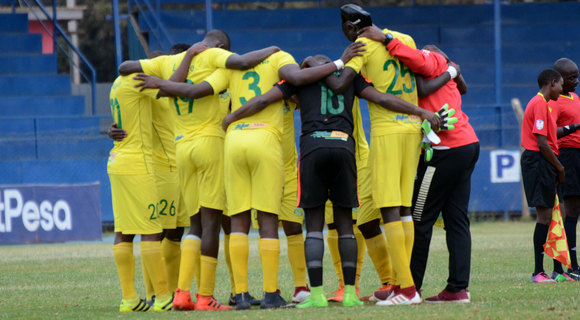 Kariobangi Sharks head coach William Muluya was over the moon after his side beat Gor Mahia on post-match penalties on Sunday to book a slot in the Football Kenya Federation (FKF) Shield semis for the third year running.

Muluya has now challenged his players to go on and clinch the crown having reached the final and lost to AFC Leopards last year.

“Probably they (players) need to go and finish the job now because the first time we finished third, last year we were second and now, I think we need to clinch it,” the tactician said after his side’s victory over Gor who have failed to clinch the title since 2012.

Looking back at the game, Muluya was relieved that his side managed to get victory after missing so many chances especially in regulation time.

“I can say the players had a good intention heading into the game. At times, not even just for the coach but the players as well, there are nerves when you end up missing so many chances. But I am glad that when we went to the penalties, we scored at least four,” the tactician noted.

Sharks will face Ulinzi Stars in the semis with the soldiers having beaten Riverplate 4-1 in the other quarter final match on Saturday.