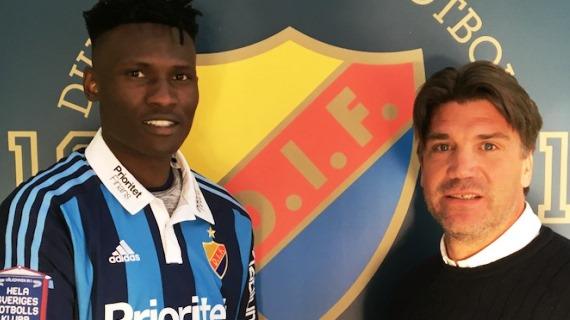 After a month of trial, reigning Kenyan Premier League MVP has finally penned a four year deal with Swedish top tier side Djurgarden.

Olunga proved himself during trials where he scored two goals in three matches, one a spectacular screamer that made him a darling of the fans who sought his Selfie after the match.

“Michael was a player that we followed in early autumn, and he had the qualities we were looking for. After a long process and dialogue as he came to the final here in January.He slowly acclimated and developed”

“He is very ambitious and purposeful, train hard and always want to learn and take the next step. Then I think he made a fantastic impression as a person both on and off the pitch. The development potential is huge so the peace and quiet of our Djurgården environment he can develop into a striker for the biggest leagues in Europe. It is the goal of Michael himself and he has the characteristics required for it”

"Now I have only played friendlies but it feels like a good level. Everything is very well organized and the quality of the training camp has been very good. It feels like it's a good springboard to the big European leagues for many players in the Allsvenskan"