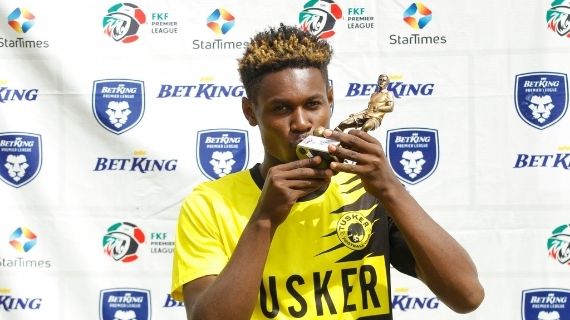 Meja signed a contract with AIK that runs until September 1, 2026.

League champions in 2018, AIK has 12 championship titles and is third in the all-time Allsvenskan table. The club holds the record for having played the most seasons in the Swedish top flight.

Meja signed a contract with AIK that runs until September 1, 2026.

“We have been talking with the club for the last few days and we have reached an agreement for his (Meja’s) transfer. Meja has been one of our standout players this season and it gives us great pride to see him make the transfer. We want to wish him all the best and thank him for what he has done for us this season,” said Tusker FC chairman Dan Aduda.

He added; “We will endevour to give more youngsters a chance to excel just as we did to Meja and it gives us great pride to see them prosper.”

Meja joined the club at the beginning of the season and made his debut in December 2020, coming off the bench to score the winning goal in a 2-1 victory over Gor Mahia. He went on to score nine more goals in the league and two in the Cup.

His last goal for Tusker was the second in the 2-1 season ending game against Bidco United.