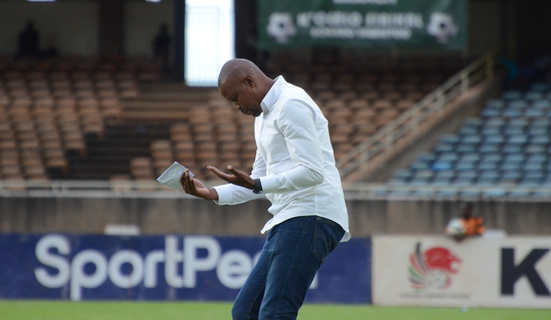 AFC Leopards boss Cassa Mbungo says he was pleased with the performance of his team despite defeat in yesterday’s 3-1 loss to rivals Gor Mahia in the Mashemeji Derby. AFC were punished for three defensive mistakes and Mbungo says that was their only undoing.

“The result is not pleasing but the performance of the team was encouraging. If you compare our performance in the first leg and now I believe we played way better,”

“There were only three mistakes in defense, losing the ball cheaply and failing to fight back and then assuming the ball was out when it was not but other than that we played really well. We should be able to start next season better because I have seen the team improve,” the Rwandese coach added.

The coach now sets his eyes on helping the team finish within the top eight and believes they can do it and leave themselves in a better position to start the new campaign in August with confidence.

“We have done well I can say but the work is not done yet. We need to keep working and get results,” he stated.

AFC switch their attention to their next league tie against relegated Mount Kenya United on Thursday in Machakos.