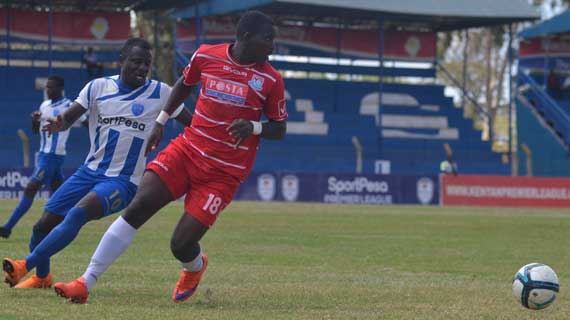 AFC face Sharks at Kasarani as they look to trade places on the standings and Mbungo has underlined they will be going for nothing short of victory.

AFC Leopards tactician Cassa Mbungo says he is pleased with the improvement the side has shown of late to win three of their last five matches and is optimistic they will even get better. AFC started the season with struggles and were rooted in the relegation slot at some point, but have managed to fight back into 10th spot.

“Tactically and technically we have been doing very well and I am happy with how we have come up. But the kind of football that we play requires a lot of fitness and that means the work is still going on. We will get even better as we continue,” The Rwandese stated.

AFC beat Posta Rangers last Thursday 3-1 in Machakos and with the performance, Mbungo remains confident they can pick another vital three points when they take on Kariobangi Sharks at Kasarani on Wednesday.

Meanwhile, Mbungo has praised the impact new players David ‘Cheche’ Ochieng and Paul Were have brought into the team since coming in on short term deals.

“Their experience has added a lot of positivity in the team and they have been pushing the rest of the players especially the younger ones. They have helped the team improve and I believe their presence will be of great value to the team as we continue on seeing AFC get back on the top and be the big team it has always been,” Mbungo noted.

AFC face Sharks at Kasarani as they look to trade places on the standings and Mbungo has underlined they will be going for nothing short of victory.