Mathare United hope to bounce back as they face tricky Vihiga 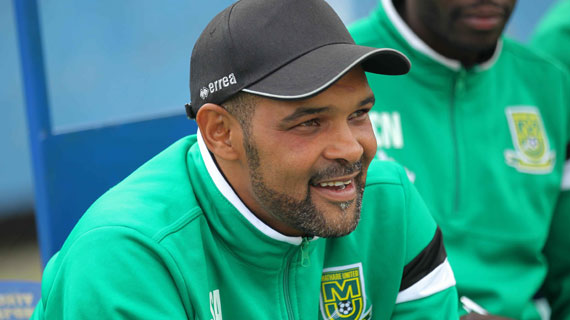 Despite starting the season on a high and ranking as early racers for the title, Mathare United have found the going tough, having won only one game in their last 11 assignments.

With the drop in points, Mathare’s early lead at the top of the standings has been greatly punctured and they find themselves five points off leaders Gor Mahia who have a four game deficit.

They take on a struggling Vihiga United on Saturday afternoon at the Camp Toyoyo Ground in the need of a win at all costs to take their campaign  back on track. Back to back draws haven’t helped their cause and a win will be the only thing on their minds against a side they beat 2-1 in the first leg.

Mathare has been boosted with the return of defender Johnston Omurwa and midfielder Chris Oduor who had been away on national team duty and their return is expected to add them much needed firepower as they take on the league debutants.

They tackle a Vihiga side that has lost three matches on the trot and their away form hasn’t been the best, winning only two of their games away from home.  Vihiga are 14th on the standings with 19 points, only two out of the relegation zone and a loss will dampen their fight to avoid the chop.

Meanwhile, Zoo Kericho and Sony Sugar will take on each other in what is expected to be a feisty battle at the bottom. Zoo are 15th in the standings with 19 points, while a struggling Sony are second from bottom with 17 points.

Both sides come into the tie on the backdrop of wins on their last matches, Zoo having won 1-0 away to Vihiga while Sony were 3-1 winners at home against fellow strugglers Nakumatt.

“We are playing at home and so we need to give our best. We know we are in a precarious position in the table and thus the importance is to win three points. Sony are also struggling but if you look at the players they have signed, they are in for business. It will not be an easy match,” Zoo head coach Sammy Okoth said.