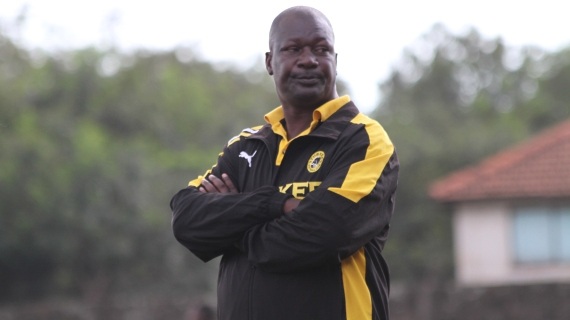 Tusker FC head coach Robert Matano has asked his charges to be more clinical infront of goal as they seek a first league title since 2016. The brewers were pegged back on Sunday after being held to a 1-1 draw at home by Ulinzi Stars, a result that saw them stay third in the standings.

Matano was disappointed with the team’s finishing.

“I am not entirely happy with how we played because we had so many chances to score but we couldn’t finish. This is something that we really need to address in the coming matches,” the tactician said.

“But the players have now seen their mistakes and will rectify. We have a tough match against AFC leopards in Kakamega and we have plenty of time to prepare well for that,” the tactician further added.

The brewers needed a second half penalty from Timothy Otieno to draw level after Enosh Ochieng’s brilliant goal had put the soldiers ahead.

Tusker sit third in the standings with 38 points, same as holders Gor Mahia who are second and one behind leaders Kakamega Homeboyz who won 2-1 at home against Kariobangi Sharks in Nairobi on Saturday.