Matano makes further additions at Tusker ahead of new season 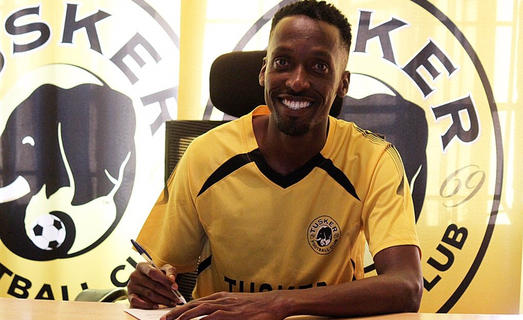 Robert Matano has continued strengthening his Tusker FC squad ahead of the new season with the arrival of three more new signings on Thursday.

The brewers have completed the signing of Rwandese goalkeeper Emery Mvuyekure from AS Kigali who will be expected to fill the void left by Patrick Matasi who joined Wthiopian side St. George while they have also acquired the services of Ushuru FC striker Bill Oporia and Nashon Alembi from Muranga Seals.

The tactician has been busy this transfer window as he looks to seal the weak arears he picked out from their run to third place last season and he will have a chance to testing them on Friday afternoon when they play a friendly match against visiting Malawian side Silver Strikers FC at Ruaraka.

“I joined Tusker because I know it’s a team that wants to win and not just participate. I know them for winning titles and I love winning too so I want to help them achieve the same target,” Mvuyekure told the club’s official website.

He added; “The goalkeepers that I have found here are working really hard. Definitely it will not be easy but I know we are a team and if we push each other the competition will be healthier and we will achieve more.”