Matano furious at Mejja red card, vows to push on for title 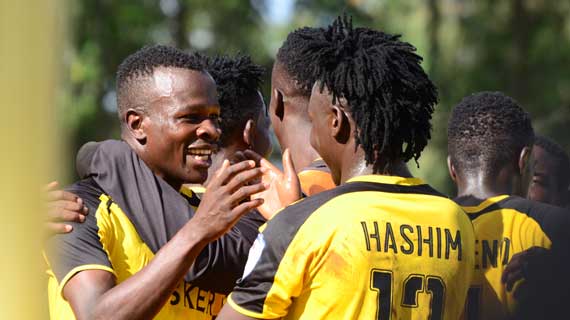 Tusker FC Coach Robert Matano says that drop in points will not deter their quest to vie for the Premier League title and says they will fight till the end with 13 rounds of matches left.

Tusker FC head coach Robert Matano was left furious with left back Sammy Mejja after the freekick he caused and the subsequent red card  led to a late equalizer for Wazito FC in their 1-1 draw at the Ruaraka Complex on Sunday.

Tusker were leading 1-0 with 90 minutes gone, but Mejja fouled Mungai Kiongera and from the resultant freekick, the forward headed home to tie the game.

“For a player with so many years of experience in the Premier League, you should not do that. You are on the line why tackle? Just take the ball out and then re organize. That decision cost us but we must continue fighting,” Matano said after the match.

He added; “That’s the nature of the game. Sometimes you lose concentration, defend poorly and you are punished.”

Matano however says that drop in points will not deter their quest to vie for the Premier League title and says they will fight till the end with 13 rounds of matches left.

“There is no panic. We want to keep fighting, we have seen the mistakes that cost us and we will go back to work on them. We have just dropped points but that does not mean we lost the game. The way things are we are still in it and we will fight to the final game. The league is a marathon,” the tactician further offered.

Tusker are third on the table with 42 points, six behind leaders Gor but have one match at hand.