Maruti takes up development coaching role at Norwegian side Valerenga 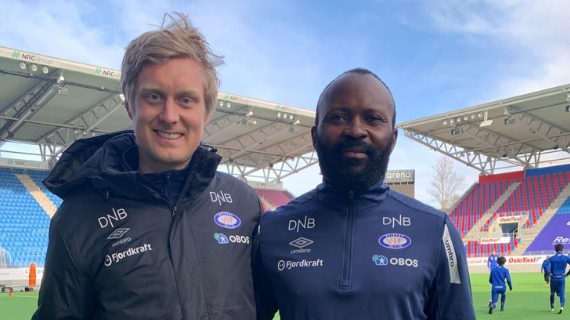 Former Kenya international Bonventure Maruti will be part of Valerenga's development coaching staff as the former  Norwegian champions prepare for the start of the new domestic season in the Scandinavian country.

The club's development manager Thomas Hafstad said, "Bonaventure has a long career in top football and will be a good addition to the development department. He has played top football in several countries. First four years as a young boy in the USA before the trip went to the Allsvenskan and games for Ørebro. In Norway, he has played for Bryne and Follo, among others, and is listed with 14 international matches for the Kenyan national team."

"On the coaching side, he has many years of experience as a player developer, and also runs two own academies in Kenya. We welcome Boni and believe and hope he will bring professionalism, player experience and humor into the recruiting team, " he concludes.

Maruti also has several courses to refer to, including a B license from Norway, Tikitaka courses and WFA courses," he added.

Speaking to the club's official website, Maruti said, " It is a fantastic feeling to be part of a club with such a rich culture. I got chills when I entered the mat and talked to the players. There is a very young group of players who need to develop certain areas, but there is little doubt that the quality is there."

Maruti honed his skills locally at Upper Hill School before transferring to Kakamega High School where he was part of the Green Commandoes team that won the 1995 Kenya Secondary Schools Sports Association football title with a win over Ofafa Jericho High School in the final.

He played for Gor Mahia in 1996 before moving the USA on a sports scholarship where he studied at South Connecticut University and played for the Mid Michigan Bucks between 1997 and 2000 before moving to Swedish top tier side Orebro between 2001 and 2004.