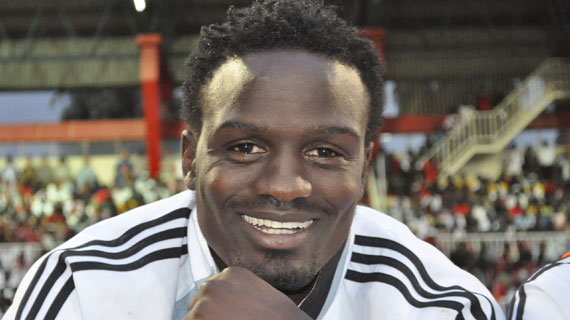 Ahead of two friendly matches against Comoros and the Central African Republic, Harambee Stars interim coach Stanley Okumbi has recalled veteran midfielder MacDonald Mariga and Ismail Gonzalez to the squad.

Okumbi named an interim squad that is scheduled to group up in Morocco in March 19 this afternoon while also giving recalls to winger Paul Were and midfielder Eric Johannah.

Mariga who was a mainstay in the team before a nagging knee injury slowed him down returns for the first time since 2015. Gonzalez has been overlooked by Okumbi since his last appearance during a friendly match against Sudan in Kasarani in 2016.

The tactician has also handed debut call ups to Kariobangi Sharks duo of keeper John Oyemba and striker Eric Kapaito. Oyemba has been in form for Sharks since last year and was named the Sports Journalists Association of Kenya keeper of the year.

Kapaito has meanwhile been in good form since joining the side from Talanta at the start of the new season and has scored five goals thus far in as many games.

Bandari FC keeper Farouk Shikhalo has also been called up to the team. Kenya is scheduled to play Comoros and the Central African Republic on March 22 and 27 respectively in Marakech.