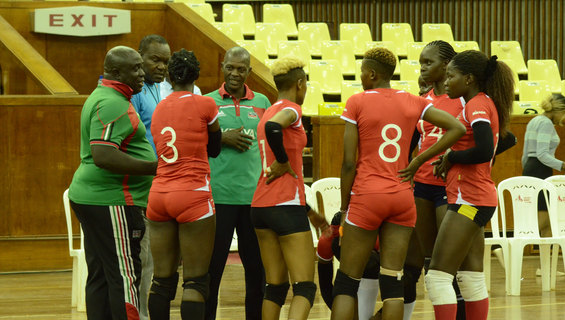 Malkia Strikers coach Japheth Munala says the team picked a lot of lessons from their training camp in Kurobe City, Japan ahead of this weekend’s FIVB World Championship. The team camped in the city of Kurobe from Friday when they arrived in Japan playing a series of friendly matches and getting tactical assistance from local coaches.

The team left for their competition city Hamamatsu on Wednesday evening, a journey that took six hours and had a light session.

“I think we gained quite a lot in Kurobe because we trained with the coaches there who helped us identify mistakes that we had and corrected them. I think if we had gone there earlier, we would have gained more but still, we had priceless lessons,” the tactician said.

The team did not win any of their build up matches but Munala said the most important thing for them was picking up the lessons ready for the competition.

“We lost all our games but to me, the experience was the key thing. We learnt abit about our positioning and speed of play and the games have helped us adjust. I think we are ready for the competition,” the tactician noted.

The team serves off its campaign on Saturday evening against Kazakhstan and Munala will be hoping for a positive start as they eye a second round slot. They will also clash with Serbia, Brazil and Dominican Republic

The last time Kenya played at the World Championship in 2010, they failed to get past the group stage, and did not win a single set.