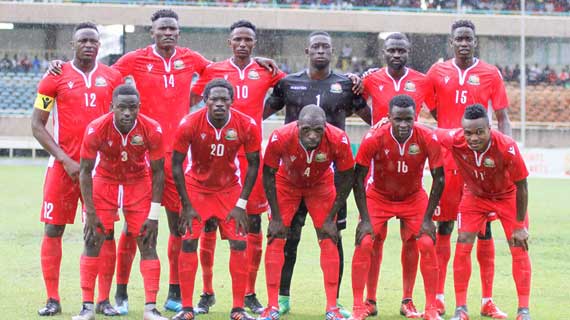 After a brief foreign stint in Zambia and the Arab World, Makwata has returned to impress in the Kenyan Premier league and is currently the leading scorer, his recent  being a brace against  Sofapaka.

In his squad , Coach Kimanzi has also recalled keeper Patrick Matasi who missed in the team's previous friendly match against Mozambique, a match Kenya lost 1-0 at Kasarani in Nairobi.

The team kicks off non-residential training on Tuesday, November 5, 2019, in Nairobi. Stars will face Egypt on November 14, in Cairo, and Togo on November 19, 2019, at the MISC Kasarani.