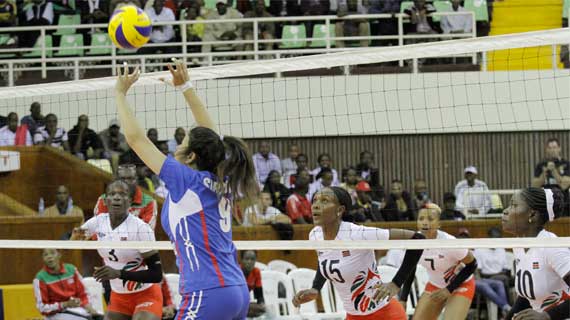 The annual Award is open to players who have either grown, studied or nurtured  their talents in the  Western region of Kenya this being, Bungoma, Busia, Kakamega, Trans Nzoia  and Vihiga Counties.

The fifth edition of the event is set for December 23 in Bungoma town.

Wisa, a former Lugulu Girls captain was instrumental in Malkia Strikers’ second-place finish at the 2017 CAVB Africa Nations Championship and qualifying for the 2018 FIVB World Championship to be held in Japan.

Other candidates for the category are former national team and Kenya Prisons captain, Braxcides Agala who has been inspirational for both club and country.

The young and upcoming setter Veronica Tanui, who featured for both Kenya Pipeline and national junior women's side to the FIVB U23 World Championships in Slovenia, has also made it to the list.

Unlike the women’s category where middle blockers dominated the list, the men’s race is spread across the court.

But he should expect strong opposition from GSU duo of Boniffentry Mukekhe and Brian Meli, and Juma who made his national team debut last July during the CAVB Zone V World Championship Qualifiers in Rwanda.

Nominees for 'Most promising players of the Year' (male and female) have been drawn from schools. Malava, Butula and Mang'ana schools dominate the boys' list, whereas Lugulu, Mukumu and Kolanya High Schools donated the girls' nominees.