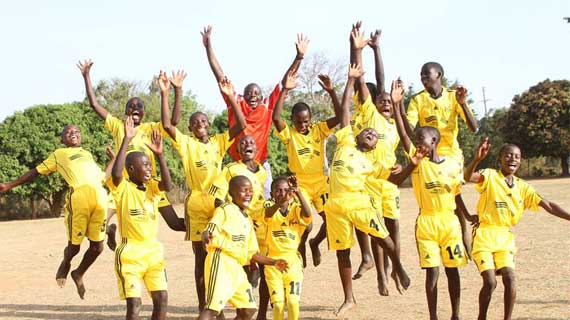 The Magharibi Michezo Awards Organizing committee has begun an intensive campaign that seeks to identify community coaches and organizations working towards technical development of young talents in the Western Part of Kenya .

Making the announcement last week , The organizing committee chairman Michael Kwambo noted that "We are seeking to single out dedicated coaches who have worked hard over the years to churn out talents sometimes with very minimal resources. Without such dedication  from the grassroots, Kenya will be deprived of future stars  especially in all team sports."

Among some of the coaches who have been feted at the awards in the past include Martin Makanda a taxi driver in Busia County , Dismas Ochung , a Matatu conductor in Mumias Kakamega County, Donald Liru of Western Delight basketball team in Kakamega and Luanda Okinyi a Jua Kali Artisan in Bungoma.

The Magharibi Michezo Awards (MMA) is the premier sports awards ceremony in Western Kenya geared towards rewarding the achievements of the region’s sportsmen and women.

MMA seeks to encourage the next crop of sporting talent across the sports spectrum. By celebrating past, recognizing the present and investing in the future.

The team has also announced that this year's edition of the annual awards ceremony will be held on 23rd of December 2019 in one of the Magharibi Counties.