MacDonald Mariga scores in Serie B 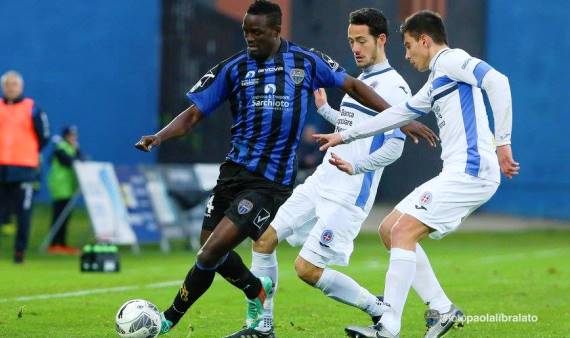 MacDonald Mariga scores in Serie B

MacDonald Mariga registered his first goal in the Italian Serie B on Saturday after scoring the consolation for his side Latina who fell 3-1 to Cagliari at Stadio Comunale Domenico Francioni.

Giani Munari and Federico Melchiorri gave the visitors the lead but Mariga reduced the deficit in the 57th minute with his trademark long range shot.

However, the celebration was short-lived as Melchiorri grabbed his brace to make it 3-1 a minute later.

Since joining the club in January, Mariga has now made four appearances, three as a starter and once as a substitute.

Cagliari lead the table standings with 58 points from 26 matches. Mariga's club is placed 14th in the 22-team table with 32 points.