Leopards roar their way to dismiss Wazito in Shield Cup 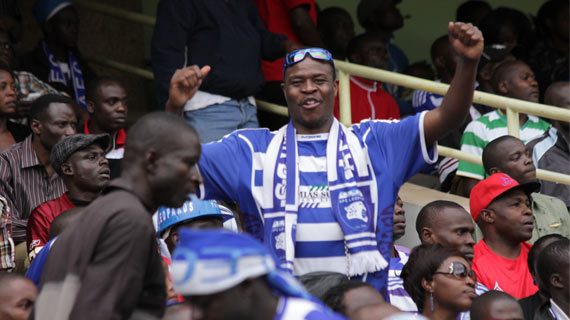 Leopards roar their way to dismiss Wazito in Shield Cup

AFC Leopards found their claws back, rallying from behind to dispatch Wazito FC 2-1 in a 3pm Gotv-Shield match at the Kasarani Stadium.

Leopards fell behind in the 50th minute when  Joakim Omollo  breached Ingwe’s defence to smash home  but the  “Big Cats” roared back courtesy of strikes  from Dennis Dodi and Lamine Diallo which ensured that they confirm their place in the last -16.

The Domestic Cup and the Top Eight trophy are Leopards’ meaningful chances of bagging Silverware this season after a horrendous campaign in the league that has been bedecked by all manner of problems.