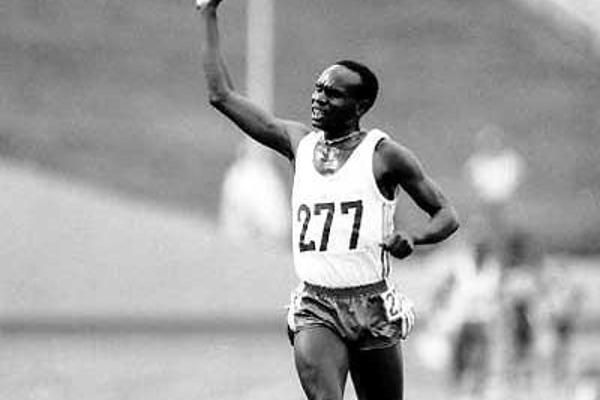 Rono never graced the biggest sporting stage of them all, the Olympic games as Kenya sat out the 1976 games in Montreal, Canada and the 1980 edition in Moscow due to politically instigated boycotts.

In breaking these records, he also broke his opponents…quite literally. He would sprint down the home straight and cruise round the bends of the running track with such devastating effect that his fellow competitors were often left gasping for air while he consistently bettered his times and broke records, personal and world records for that matter.

He would crown off this phenomenal year with four gold medals won while representing Kenya at the 3rd All African Games in Algiers where he was victorious in the 3000m steeplechase and the 10000m as well as double gold at the Commonwealth Games in Edmonton where he again won in the steeplechase as well as the 5000m.

The three time National Collegiate Athletic Association (NCAA) cross country champion in 1976, 1977 and 1979 remained a dominant force on the global stage over the next three years, shaving a further 2 seconds off his 5000m record when he stopped the clock in 13 minutes 06.20 seconds in Knarvik, Norway on 13 September 1981. This particular feat was remarkable as he went from being overweight and unfit to smashing his own record, all this in under 90 days.

Despite this success, Rono never graced the biggest sporting stage of them all, the Olympic games as Kenya sat out the 1976 games in Montreal, Canada and the 1980 edition in Moscow due to politically instigated boycotts.

By the time the country returned to the games in 1984, Rono, now aged 32, was no longer running competitively, having dramatically fallen off the scene plagued by his well documented struggles with managing alcohol.

Despite all that, Rono, a man who could probably go down as the first Kenyan star of the modern era performed feats in 1978 that can never be overlooked even with his inability to buffer his wonderful talent with focused discipline that would have probably kept him active for a few years, leaving him with a realistic shot of Olympic glory in Los Angeles in 1984.