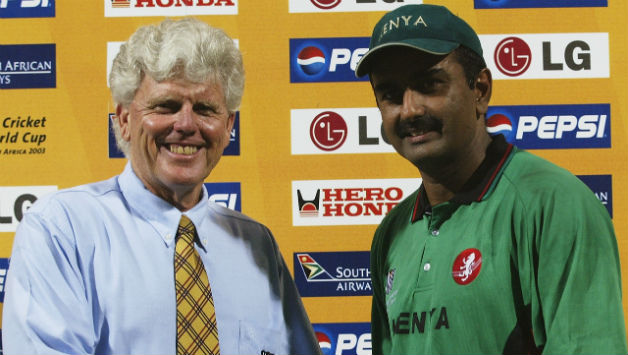 Left-arm spinner Aasif Karim (born on December 15, 1963) played for Kenya at the ICC Cricket World Cup in 1996 where he was part of the squad that pulled off a shock 93 run win over fancied West Indies, 1999 where he captained the team and the 2003 tournament where he came out of retirement to feature for Kenya and claimed three wickets off only seven runs against Australia as Kenya became the first non-test playing nation to reach the semifinals.

During that Super Sixes match against Australia, Karim, who had played only two games before that fateful night at Durban. gave the Australians a scare with figures of 8.2-6-7-3 and collecting Man-of-the-match honours.

He lost in his last ODI, the World Cup Semi Final against India.

Karim announced at the end of the 2003 tournament that he would be retiring, this time for good.

Karim who also represented Kenya in tennis, is an insurance broker by profession and maintains his relationship with sports by publishing Sports Monthly magazine, something he has done without fail for 21 years.

He is also the founder of the Kenya International Sports Film Festival.