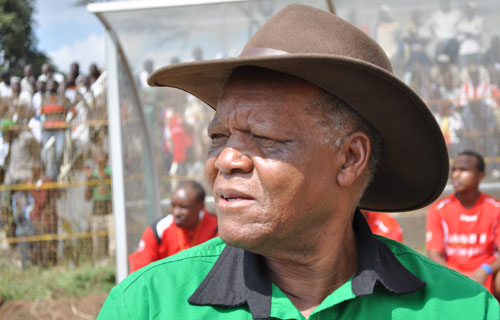 Joe Kadenge, the legendary Harambee Stars striker synonymous with the ‘Kadenge na mpira’ line has died. Kadenge, 84, died on Sunday morning at the Meridiean Hospital where he had been rushed to after falling ill.

The former AFC Leopards striker has been in and out of hospital for the last three years and most recently suffered a stroke at the beginning of the year just days after his daughter died in the USA.