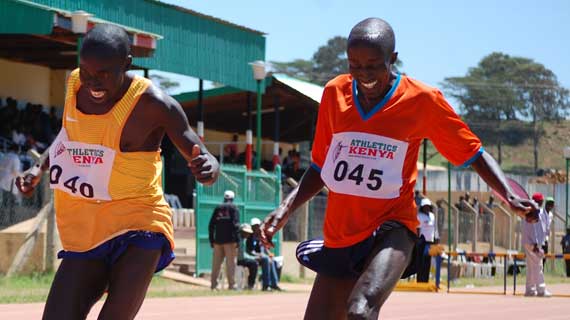 Upcoming athletes impressed on the first day of the World Under-18 Pre-trials held on Thursday in Eldoret.

The event is held to select the possible athletes for the national trials where Kenya will select a team for the IAAF World Under-18 Championships in July in Nairobi.

Victor Kurgat from South Rift region posted 8:00.0 fastest time in the 3000m heat one beating Stanley Bor of Central in second with 8:00.3 as Leonard Kipkemoi settled third in 8:06.0.

Kurgat exuded confidence of making a cut into the team in order to start his hunt for a medal in the global event.

“I am focused on performing well in the finals and qualify for trials. That is where I will be chasing a medal in the team in July,” Kurgat said.

Twenty athletes qualified for tomorrows finals in the 3000m.

Kenya will be seeking to bag more medals in July when it hosts the event after finishing second behind USA in Cali in Colombia in the year 2015.