KSSSA is sleeping on the job 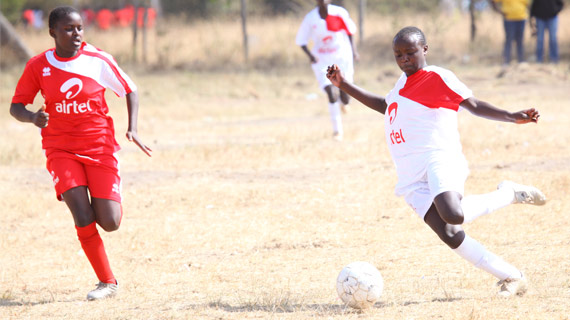 KSSSA is sleeping on the job

As the sun sets on the Kenya Secondary Schools Sports Association 2015 Term 2 Ball Games in Machakos County, it is important to note that these games have been controversy ridden and it begs questions of KSSSA.

Look at these incidents that happened, first and foremost the relentless drama between Kakamega High School and Saint Anthony's Kitale.

After the Nzoia region final was abandoned,there was a lot of push and pull and no clarity as to whether or not there would be a replay,whether a decision would be made as to who will represent the side at the Machakos games.

That Kakamega and Saint Anthony's had to play the deciding game a day before the start of the national finals in Machakos is really a farce. Who does such? KSSSA had all of three weeks to resolve this matter but instead left it very late.

The second incident still involves Saint Anthony's and a new character in Saint John's Kaloleni. The two teams were disqualified on the eve of playing the national semi finals.

The reason for their disqualification was given as "fielding ineligible players."

Bravo! Hongera! to KSSSA for being hawk eyed enough to identify and isolate the two teams for their offences. There are many questions though. Did it have to take the teams playing three games before they were caught? What happened to vetting players before the tournament to root out such? Why have they failed to make decisions in a timely manner, instead opting to make decisions after hours ? Are they too lazy to carry out their roles?

That these incidences are being caught at the national level shows either a failure or complicity by the regional chapters, it points to a total disregard of whatever existing structures. This creates room,if it already hasn't, for cheats of all kind to jump and throw school sports competitions to the dogs.

The KSSSA in its current state is a cartel and it needs to stop acting like a law unto themselves and act in the best interest of school sports in the country. It is time they put a stop to these lessons in incompetence that they are subjecting the public to.

Having said all that, best of luck to all the teams in the finals.