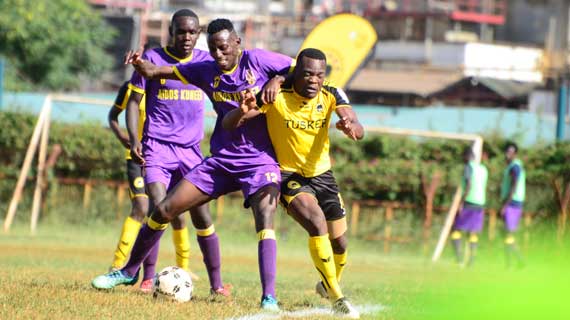 The Kenya premier league has announced that the current league will remain suspended indefinitely until after the COVID -19 Pandemic has been controlled.

The Kenya Premier League officials have announced that the current season will  remain suspended indefinitely until  after the ongoing Corona Virus Pandemic is controlled.

The league had earlier been suspended for a period of three weeks after the Kenya Government announced strict measures banning any public gatherings. However with the pandemic still persistent across the world, the league organizers have now announced indefinite suspension of the current season.

In a statement released on Tuesday in Nairobi , KPL CEO Jack Oguda noted that , "Following consultations with the KPL Chairman, this is to inform all clubs and stakeholders that the KPL 2019-20 Season remains suspended due to the COVID-19 pandemic."

It is not clear whether the league will be played to completion, awarded to the current leaders or cancelled all together.

In his statement , Oguda clarified that, " Once the pandemic has been contained and the Kenya Government confirms lifting of the curfew and other control measures put in place to curb the virus, KPL will convene a KPL shareholders meeting/Governing Council to decide the best way forward that will be good for the integrity of the competition and the clubs and after thoroughly looking at all available options and the pros and cons for each option."

By the time of the halt , Gor Mahia were comfortably perched at the summit of the table standings  with 54 points after 23 matches.