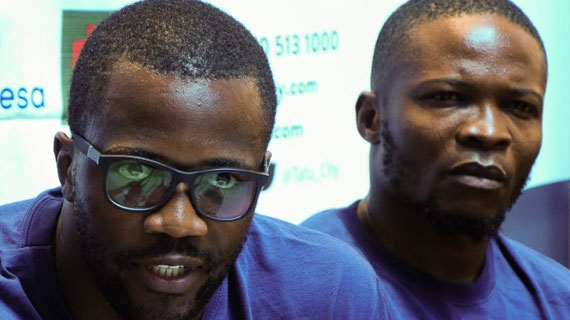 Former Captain Wilson Kopondo makes his return to the Simbas as they head out to France for the Repechage. Kopondo last featured for the National Team last year in the Regal Hotels Cup of Nations 2017 at Kings Park Sports Ground, Hong Kong.

Head Coach Ian Snook has named a 30-man squad that will represent the country in the battle for a slot in the Rugby World Cup 2019 in Japan. He has included four Kenya Sevens regulars, Collins Injera, Nelson Oyoo, Samuel Oliech who makes a return to the Simbas since 2015 together with Andrew Amonde. A new addition to the traveling party is Kenya Harlequin’s William Reeve who caught the Head Coach’s eye during the Sevens Circuit and the Impala Floodlit Tournament.

Kenya kicks off the Repechage campaign against Canada on the 11thof November at 6:30pm EAT before playing Hong Kong on 17thNovember at 4:00pm EAT. Their last match will be against Germany on the 23rd at 8:00pm EAT. Sunday 11th will be the first time Kenya plays Canada; last year Simbas played Germany at home and lost 29-30 in the 79th minute at the RFUEA Grounds before meeting Hong Kong in August at the same venue and later in November in Hong Kong during the four Nations.

The team departs on 31st October for a friendly with Romania on the 3rd of November  before heading to Marseille, France, three days later for the Repechage.

Simbas Squad to The Repechage