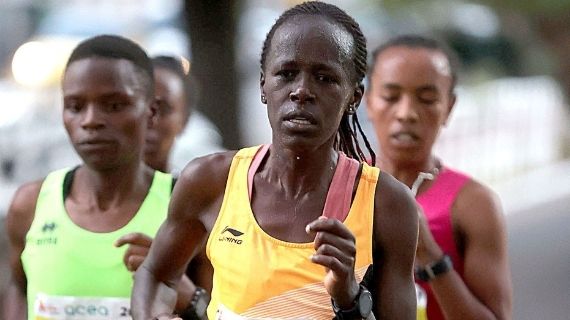 Kiprono won the men’s race in 2:08:23, beating his compatriot Emmanuel Naibei by five seconds. Deresa Geleta from Ethiopia crossed the finish line in 2:08:42 for third place, as Kenya triumphed for the 14th time in the Eternal City.

Kiprono, who claimed U20 silver at the 2010 World Cross Country Championships in Bydgoszcz and set a PB of 1:00:29 in the half marathon in Houston in 2018, launched his decisive kick in the final kilometres and went on to win his debut marathon.

“I am happy with my win," said Kiprono, who lives and trains in Eldoret. "I had never run a marathon. I achieved my best result at the Houston Half Marathon in 2018."

The women’s race was decided in the final stages when Cherono closed the gap on her fellow Kenyans Winfridah Moraa Moseti and Jurubert, who had led for most of the competition. Cherono broke away shortly before the 40km mark to cross the finish line clear.