Kipchoge, Bekele to face off at the elite-only 2020 London Marathon 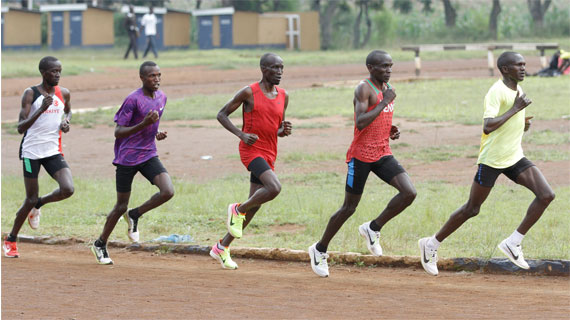 The long awaited showdown between World marathon record holder Eliud Kipchoge and nemesis Ethiopian Kenenisa Bekele at the 2020 London Marathon has been confirmed for October 4.

The long awaited showdown between World marathon record holder Eliud Kipchoge and nemesis Ethiopian Kenenisa Bekele at the 2020 London Marathon has been confirmed for October 4.

Bekele missed Kipchoge’s record by two seconds last year in Berlin. The organizers settled to host an elite-only event of between 30 to 40 athletes in the three categories due to the coronavirus concerns. The mass-fun run which attracts over 45,000 runners was shelved.

The course for the 40th edition of the Marathon will be staged at the St. James Park, spectator-free, away from the usual one. Athletes will do around 19 laps of a bio-secured looped course.

“This is a day of sadness, but it’s also a day of certainty,” said Hugh Brasher, London Marathon boss who also promised a “very fast” course and did not rule out Kipchoge’s 2:01:39 world record being erased.

Participants registered for the fun run have the option to defer their place with no extra cost to either next year, 2022 or even 2023.

Meanwhile, next year’s competition will be held on October 3 rather than the traditional April date. That calendar shift from the traditional date is designed to maximise the chances of all runners being able to take part in next year's race.

Times posted at the London Marathon will be eligible to qualify athletes for the Tokyo Olympics in 2021.

The 2020 Tokyo marathon too, was held in a similar format in March- elite-only athletes competing while spectator numbers were restricted. Two of the six World Marathon Majors- Boston and Chicago- were cancelled, while the Berlin and New York City which were slated for September 27 and November 1 respectively will not happen.