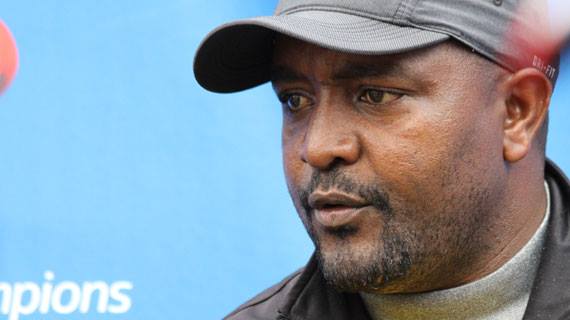 Francis Kimanzi has announced that he is stepping down from his role as the Mathare United head coach to concentrate on national team duties. Kimanzi is the head coach of the national under-23 team as well as Sebastien Migne’s assistant in the senior team.

He has been absent from club duties since May 31 and has played a minimal role in their pre-season training, something that has brought friction between him and his boss Bob Munro, Capital Sports understands.

Kimanzi was left with no decision but to leave Mathare, with the club on Thursday announcing that Salim Ali who had been his assistant will now take over as the head coach.

“I think this is the hardest decision I have ever had to take. Walking away from a project that I had put so much into and was interested in seeing it grow is tough. But sometimes, we have to make decisions for growth and for me, this was the best decision,” Kimanzi said.

The tactician had put together a young Mathare side that has managed to finish within the top eight twice in a row.