Kimanzi confident Mathare will bounce back 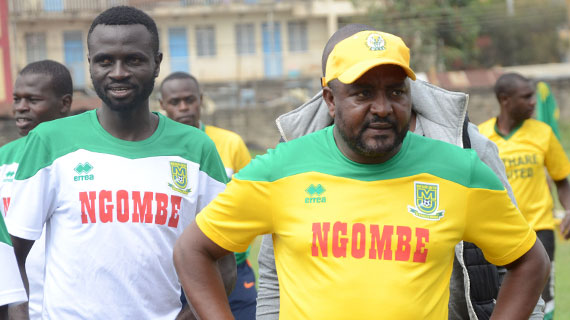 Despite winning only once in their last 12 Kenyan Premier League games, Mathare United coach Francis Kimanzi is confident that his side will bounce back soon. Mathare started the season with a punch and were considered hot title favorites, but an implosion since mid-April has seen them drop to number five currently on the table.

“It has to be worrying because we started very well but we haven’t been able to get the results we need in the last few games. You always want to be at the top. But I know soon, our win is coming. We just need to minimize on our defensive mistakes and ensure that we convert the chances we get,” the tactician said.

Mathare were 3-2 losers at the hands of Sofapaka in their last match in a game that Kimanzi said they threw away victory by giving Batoto ba Mungu easy goals.

“I was disappointed because we were not at our best. We gave away very easy goals and though we tried to be better in the second half, it was a bit late. The lack of concentration in defense is a problem and that is one thing we will try to work on,” added the tactician.

The Slum Boys are 14 points behind the leaders Gor who have three matches at hand and the dream for the title seems a foregone dream as at now. Nonetheless, Kimanzi says his charges will give their all in the remaining games of the season to ensure they finish strongly.

Their next assignment will be at home against relegation fighting Wazito at the Kenyatta Stadium in Machakos on Saturday afternoon.