Kimanzi asks FKF not to disband Under-23 team 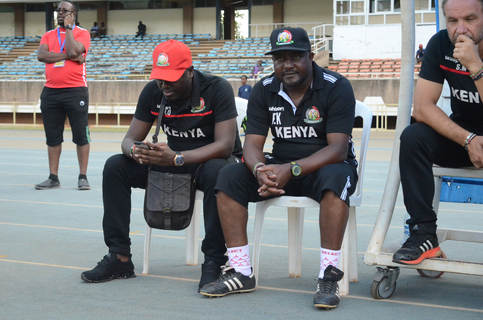 Kimanzi believes there is so much talent in the team and affirms that if kept together most players in the team will progress to the senior squad.

“If they (Federation) have a program or matches they can play we can keep trying to make them better because they need more time together because as you know this is the first time we have such a team. They need more exposure with more test matches and tournaments they could get. We have important and special players there who we need to keep together,” Kimanzi said.

The tactician believes there is so much talent in the team and affirms that if kept together most players in the team will progress to the senior squad.

Meanwhile, Kimanzi has blamed the loss against Sudan to nerves, saying the team could not keep their composure especially in the second leg where they lost many scoring chances.

“We had a lot of chances to knock in the net, but we have to accept the result. There is no replay and it is over for us. To open up the game you need to score. We had the opportunity to do that in the first half but we missed lots of chances. We were looking for goals but every time you have an opportunity and think it is now but sometimes it is too far,” Kimanzi offered.

Heading into the return leg Stars needed at least a 2-0 result to force the game to penalties or a three goal margin win to progress but could not find the back of the net.