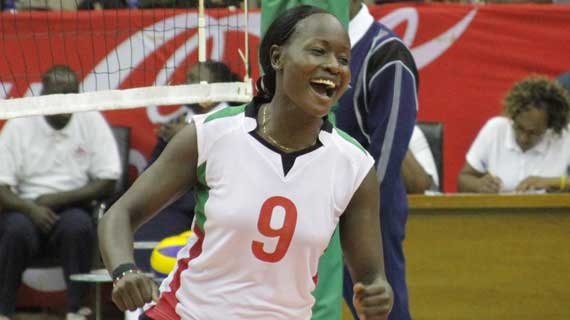 The Kenya Prisons technical bench led by head coach David Lung’aho has named their travelling squad ahead of the Africa women Volleyball club championships that serves off in Egypt next week.

Kenya will be represented by national champions Kenya Pipeline and Kenya Prisons as they fight out for the top African crown against 20 other teams. So far 22 clubs have already confirmed their participation in the tournament to be hosted by Al Ahly between March 5th through to March 15th.

For the first time in the past decade, dependable central player and former team captain Brackcides Khadambi will be out of action as she starts her maternity break.

The team will be boosted by the return of Elizabeth Wanyama who has been out of action for over a year. Wanyama will pair up libero duties with experienced Judith Tarus.

Kenya Prisons will be out to reclaim their continental supremacy and a chase to a 6th African crown.