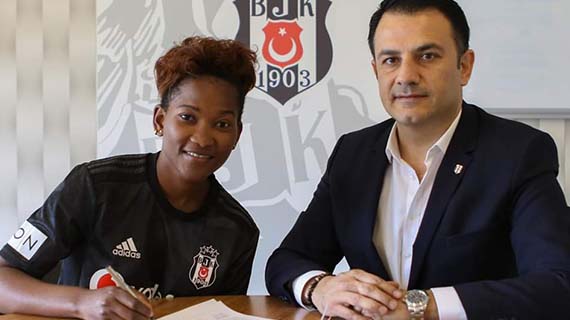 Esse Akida during her official signing in Turkey

Harambee Starlets forward Esse Akida has joined Turkish side Besiktas on a two year deal.Akida signed with the side on Monday.

In a tweet after making the signing, Akida thanked her former team Ramat Hasharon of Israel for their support saying, “Glad to officially announce that I have joined the Besiktas family. Big club with big ambitions. I want to thank my family at Ramat Hasharon for the opportunity they gave me in what was my first professional stint and I wish them the best in the new season.”

The move is a big boost for the Kenyan women team as this comes weeks after other players joined European sides including Vivian Corazon who signed with Portuguese side Atletico Quriense. Others are Annedy Kundu and Ruth Ingotsi who recently signed deals in Cyprus.