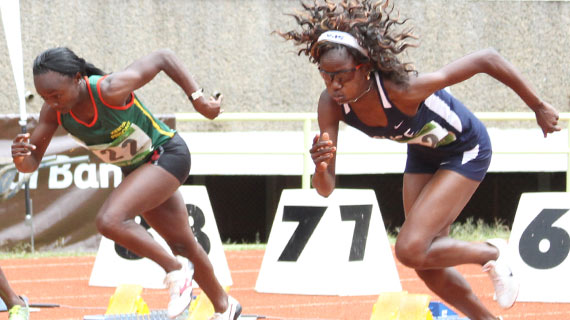 With less than two weeks to the XXI Commonwealth Games to be staged in Gold Coast,Australia from 4th April , all is not well in the Kenyan athletes camp as the team steps up preparations.

The athletes are demanding the people concerned must  address their grievances that include unpaid training allowance and lack of training kit and equipment else they will boycott the games.

The athletes were irked by Sports Cabinet Secretary, Rashid Echesa, who kept them waiting at Milele Hotel then gave a no show yesterday.

The Ministry of Sports later issued a press release confirming there were challenges in the camp and promised to fast track tackling of the issues. The Sports ministry blamed Treasury for late disbursement of the funds meant to cater for the Commonwealth games.

The athletes are entitled to Ksh 2,000 allowance while in Kenya and Ksh 20,000 while outside the country.Lack of kits is a recurring scandalous issue also witnessed during the Rio Olympic games.