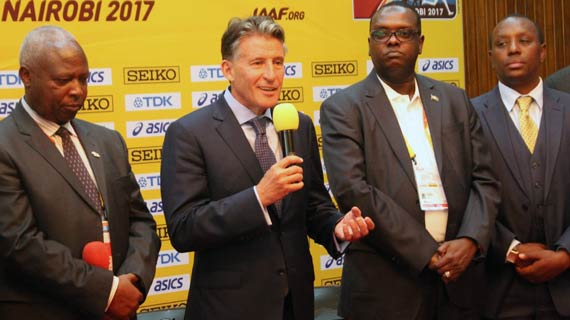 The much awaited IAAF World U-18 Youth championships will finally kick off on Wednesday at the refurbished Moi International Sports Center Kasarani in Nairobi.

More than 100 nations have already arrived in the country and now await the start of action at 9:30AM on Wednesday  with the 100M action.

The events opening ceremony will be held on Wednesday 4:00PM to officially mark the beginning of a six days' event, the last edition of the U-18 Youth Championships.

Kenya's president Uhuru Kenyatta accompanied by the First lady Margaret Kenyatta and the IAAF Chief Sebastian Coe will lead the high powered delegation in ushering in the competition at the opening ceremony on Wednesday evening.

Speaking in Nairobi on the eve of the event , IAAF President Sebastian Coe  lauded the Local Organizing committee for working tirelessly to stage a colorful event.

In his remarks ,Coe said , " This is not a sacrifice, this is a moment for the world and lovers of  athletics to witness such an event in a country that has made extraordinary contribution to the history of athletics  for the last 30 years,”

" This championship is an opportunity to watch the talents of the future as we have seen many athletes emerge from this events including Usain Bolt of Jamaica."

He further added that "We need to ensure young athletes are given the right atmosphere and to encourage them to make good decisions at their formative years."

Coe earlier paid a courtesy call to Kenya's State house where he held talks with President Uhuru Kenyatta ahead of the official opening ceremony on Wednesday .