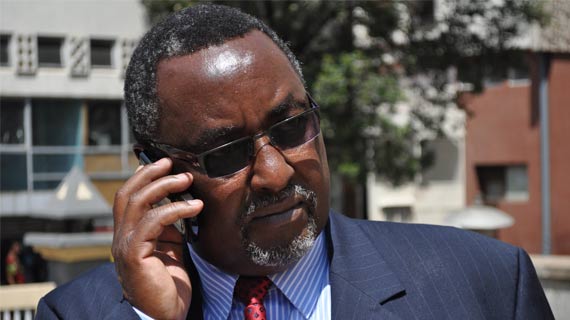 Kenya National women's volleyball team technical bench will be bolstered with the arrival of Shailen Ramdoo, an Italian FIVB instructor in May ahead of the intercontinental Olympic qualifiers set for August 2-4 in Italy.

The Italian national was recommended by the Federation of International Volleyball following Kenya's request. He will lead the team- selected by coach Japheth Munala- to train for three months.

Waithaka Kioni, the president of Kenya Volleyball Federation said the objection of asking for a top level instructor is to up the standard of the game and to build on Malkia Strikers' chances of qualifying for the 2020 Tokyo Olympics.

"FIVB have offered to pay his salary and I (the federation) will cater for other bills when in Kenya. I believe this period is enough to sharpen the girls for assignments ahead," Kioni said.

Kenya has been drawn in pool 'F' in the first chance qualification tournament of the new system alongside Italy, The Netherlands and Belgium. The new FIVB Olympics qualification system has grouped the top 24 teams in the world rankings (as at January 1, 2019) into six groups of four from which the leaders automatically will compete in Tokyo. The six will be joined by winner of each (five) continental qualifiers who will join the host country, Japan.

The Kenyan team is 19th on the world leaderboard, whereas hosts Italy is sixth, The Netherlands seventh and Belgium 18th. In the old system, all the five continents qualified two teams each to make 10, then the last chance qualification up produced one team who were joined by the host nation of the Olympic Games.

Pool C- (To Be Announced)